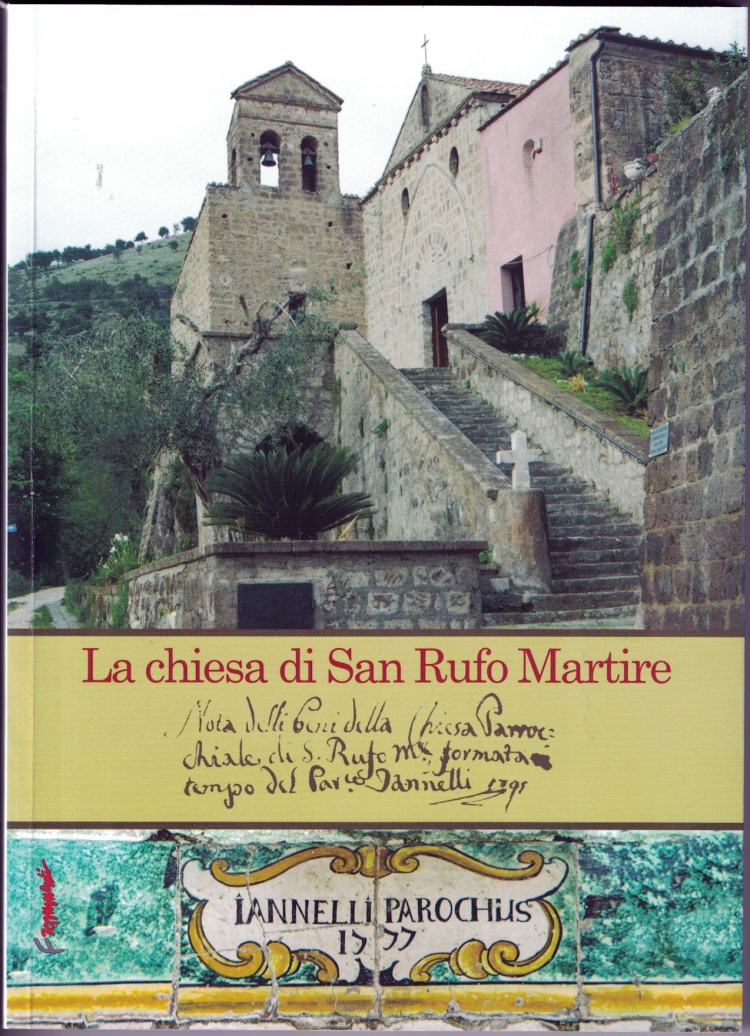 The book edited by Giuseppe Venditto tells of the transcription of an official and important document, written in the XVIII century by the parish priest Nicola Iannelli, for the history of the church of San Rufo Martire. The Church is an interesting architectural testimony, the date of foundation is not known but the original structure can be traced back to the century. XI, with a single nave, the central one, only during the sec. XVI-XVIII the side chapels were added, two on the right side and one on the left side. At the XVIII century dates back to the building of the coven and the bell tower.