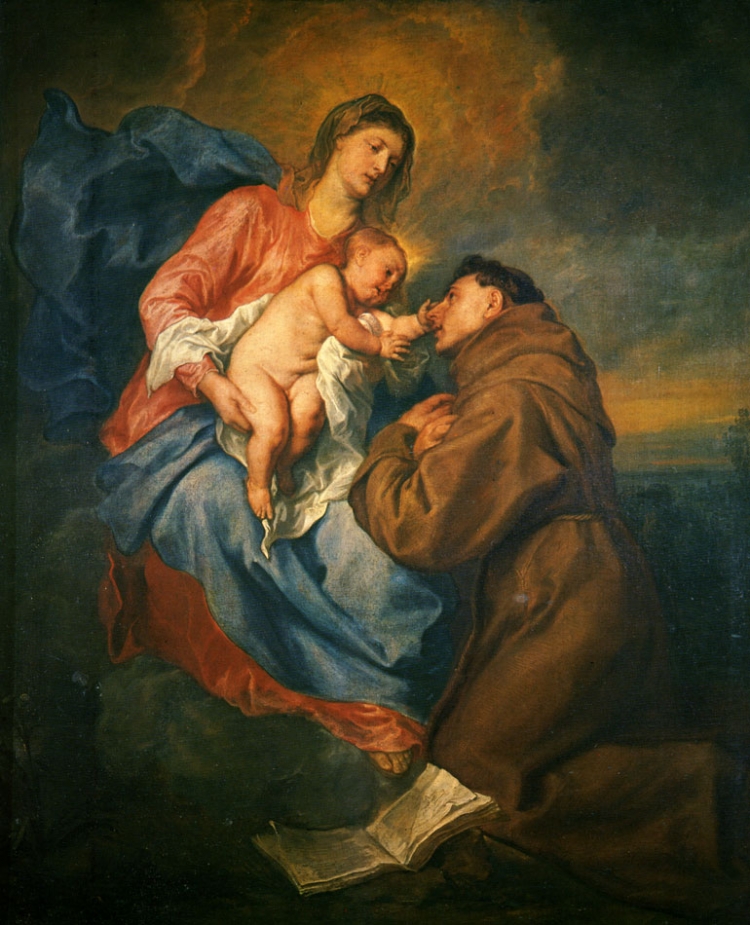 In the parish of San Nicola Magno of Santa Maria a Vico (CE) there are numerous Marian icons reproduced on canvas or carved in different materials that testify to the great cult of the Mother of God of the first inhabitants of the ancient "Casale del Figliarino". In 1627, the parish priests Fr Flavio Cioffi and Fr Marcello Vellaccio erected to the right of the high altar the chapel of Santa Maria della Nova, in which the following year a confraternity with the same name was founded; moreover, towards 1644 the chapel was embellished by a golden icon depicting the Madonna holding the Child among the saints Anna, Gioacchino and Antonio da Padova. This painting, restored in 2015, turned out to be the only known autograph work of the Spanish Juan Do (Giovanni Dose), one of the students of Ribera, active in Naples until 1656.