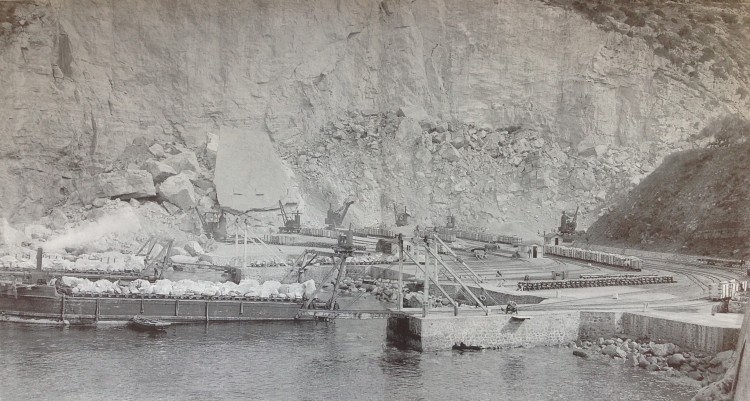 From the early 20th century, and for fifty years over, the Massa Lubrense coast – at the far end of the Sorrento peninsula – hosted many limestone quarries that have quickly taken the place of the traditional extractive activities. Pushed by the growing demand for raw materials, necessary for the great public works envisaged by the law regarding the Economical Development of Naples (1904), and those financed by the Neapolitan High Commission (1925-‘36), the quarry industries have irreparably modified the morphology of large portions of the coast between the bays of Puolo and Recommone. Therefore, it is not a coincidence that the first oppositions into the destruction of this extraordinary natural context will arise from Capri, where in July 1922 was organized the first Landscape Conference by the island mayor, Edwin Cerio. The conference, a local and national extraordinary event at the same time, allowed to reflect on the recent Italian law regarding the Protection of Natural Beauty, laying the foundations for the development of a true 'national landscape conscience'. Thanks above all to Cerio and to the Massa Lubrense mayor, Salvatore Cerulli, in the following years will be at last listened the condemnations by Norman Douglas, Gino Doria and, later, Roberto Pane, contributing so to the progressive closure of the lubrense quarries by the mid-century.