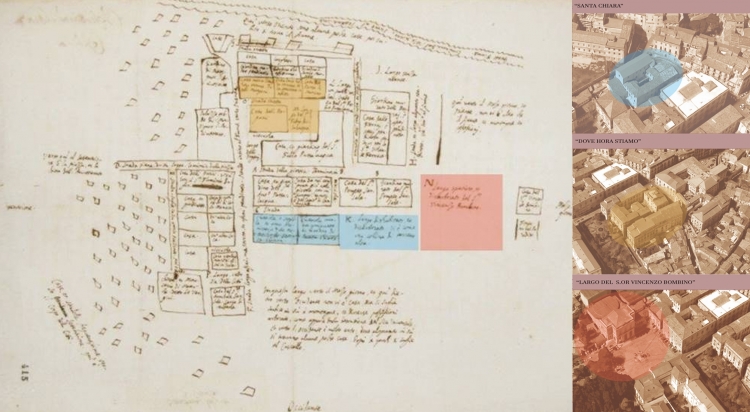 The Bernardino Telesio’s Complex, dating back to the end of the sixteenth century, is of particular importance for the historical and constructive evolution of the city of Cosenza. It represents a palimpsest in which numerous functions came in succession over the centuries. In fact, the ancient church of the Gesù designed by the Jesuit Fathers Provedi and De Rosis was transformed, in the early nineteenth century following the expulsion of the Jesuits according to the will of Pope Clement XIV, in the Napoleonic College of Education. In 1819 the Borbone’s government decreed the construction of a theatre on the same site and it was inaugurated in 1826. Then the complex was transformed in the aftermath of the unification of Italy into Liceo Ginnasio, a function that it still maintains. The complex historical events that characterized the Bernardino Telesio’s building find correspondence in the various construction techniques, analysed in the contribution, used for the execution of transformations and expansion works. The building, therefore, represents a paradigm for the stratifications that distinguish the historic centre of Cosenza and provides a valuable contribution in the interpretation of the advancement of knowledge around the construction in the South of Italy.